Number 4 - Go to the cinema on my own

I have never been to the cinema on my own hence why it made it on my list. I always thought why would you go on your own, don't you want to share the experience with someone and then talk about what you watched after the show? Talking to a few people who would go on their own said that they love movies and didn't want to wait for people to choose days/times they just went. So I thought I would take this up a notch and get tickets to Secret Cinema X. I let them choose the film, it was all a secret until the actual day of the show. 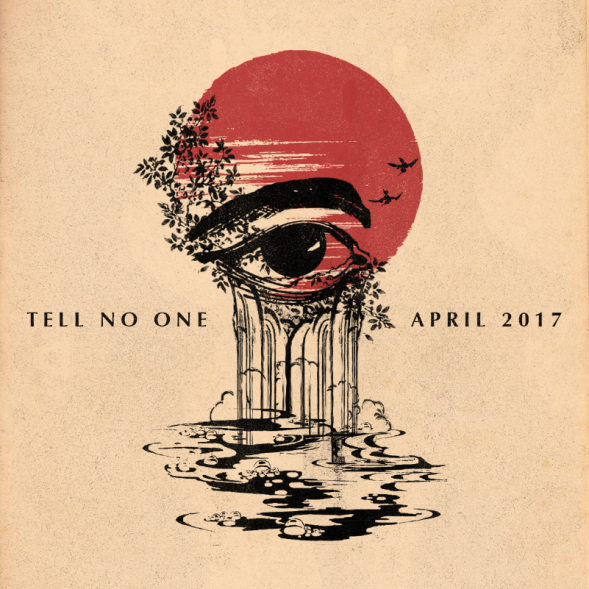 There were a few rules emailed out to me. Shit just got real

I bought elegant fancy white gloves and put together an outfit that I could get away with wearing, adding a lot of accessories. As I stood in line outside the Troxy It was really nice to see everyone had made a real big effort.

As I walked in through the secret basement and up the stairs through to the cinema location there were subtle litte hints of what the film was about such as Blossom tree and hanging rope.

There were round tables located around the cinema, so I took the one closest to the screen as I have glasses and wouldn't be able to see properly had I sat further back. The table soon filled up with couples to the right of me and a family of five to the left. We couldn't talk to one another but had to write in our note books if we wanted to say something. I headed to the bar and the same went there so I scribbled down 'LARGE glass of Rose please'.

The group of strangers and I soon started to relax as we shared conversations via our notebooks. We had to at one point stand up and move around the room to hand over our letter of devotion to a complete stranger. All I remember thinking was, what if at this point I was to get a handsome single man who would hand me a note and dissapear in the midst of all these other strangers. I soon realised it wasn't in a movie and snapped out of it so I gave my letter to the nearest female and she gave me hers. As an added bonus and maybe slightly awkward the guy who was sat beside me gave me his letter while his girfriend watched. I may have taken it, hid it and drank my Rose.

My letter of devotion to this stranger read:

I crave you all day and all night

I have no control over your dark power,

You're so sweet on my lips,

Yet so bitter in taste,

You have notes that only I can understand,

You melt when I touch you,

And yet it is I who has no control,

Tonight I shall refrain from touching you,

Or thinking about you.

(Yep, I was thinking about chocolate... mmmm chocolate)

The group who sat on the left of me seemed really nice, they told me that they are a family and and that their mother (sat beside me) was here with them. The group on the right of me were from Hertfordshire and had come down to the show especially.

The film was about to show was about to start the Master (pictured below) hushed the room as the lights dimmed the curtains drew it was time to find out what film we were about to watch.. 'The Hand Maiden'. 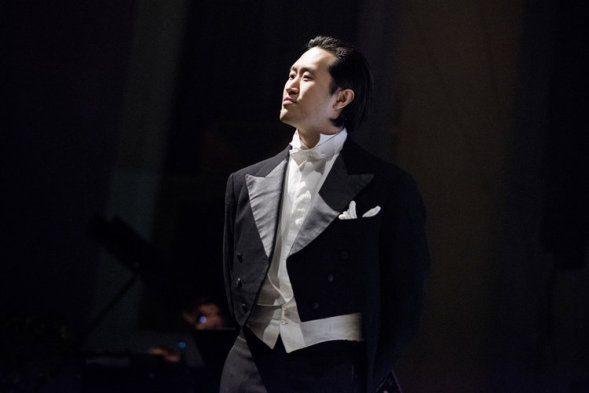 So I don't know if you have seen the film or will ever watch the film. It is a great film, with a lot of twist and I am a fan of this style especially after seeing Old Boy.

There were a lot of sex scenes with a lot of nudity and at one point early on in the film I cringed because I was sat beside a Mother and her young children but soon realised that she wasn't my mother and everything was ok again.

After the film ended the Master allowed all to speak. It was weird talking to the people sat at the same table as we were communicating in silence and to hear their voices was strange. There was dancing after the show and I did go and mingle for a while.

The two set of couple were intreiguied at why I was sat on my own at the table and I said it was because I wanted to watch a film and I came on my own. The look of horror on their faces was priceless also it seemed like one of them felt sorry for me. NEVER feel sorry for me. I feel sorry for those who think that they can't do things like this on their own. I felt amazing, powerful and it felt liberating going and doing something on my own. Bring on the next movie.